There is no doubt that Dak Prescott will win an award in 2021, but the possibility to win multiple awards is there for the Dallas Cowboys quarterback. There are so many people that have doubted the Cowboys and Prescott in the past, and that has fueled them into this off-season.

Dallas is in their best shape as of the last 5-6 years, and in a very crappy division, this is their time to take sole possession of the best team in the NFC Least.

Rough is an understatement when it comes to describing the 2020 seasons for Them Boyz. Despite Dak Prescott leading the league in passing yards, the Cowboys only had a 1-3 record. But, if we’re being realistic here, most of those yards were in garbage time, and they should have been 0-4. The Falcons not recovering that onside kick has to be the perfect way to sum up Atlanta sports.

Once Dak Prescott got injured in the Week 5 game against the Giants, their season was virtually over. Andy Dalton as the backup was never going to get the job done, not to mention that he had an o line that was built by undrafted free agents because of injuries.

There were some bright spots on the team that has given fans something to be excited about, though. One was their first-round pick CeeDee Lamb, who had an exceptional rookie year. Although he was not setting the league on fire as Justin Jefferson had, he was still putting insane numbers for a WR3.

The defense was atrocious all season long, and rightfully so. They had lost their best corner, Byron Jones, in the off-season and did not have any good edge rushers. Demarcus Lawrence has been playing like trash the past couple of seasons and really needed to get an edge rusher, which they did this year in the draft. 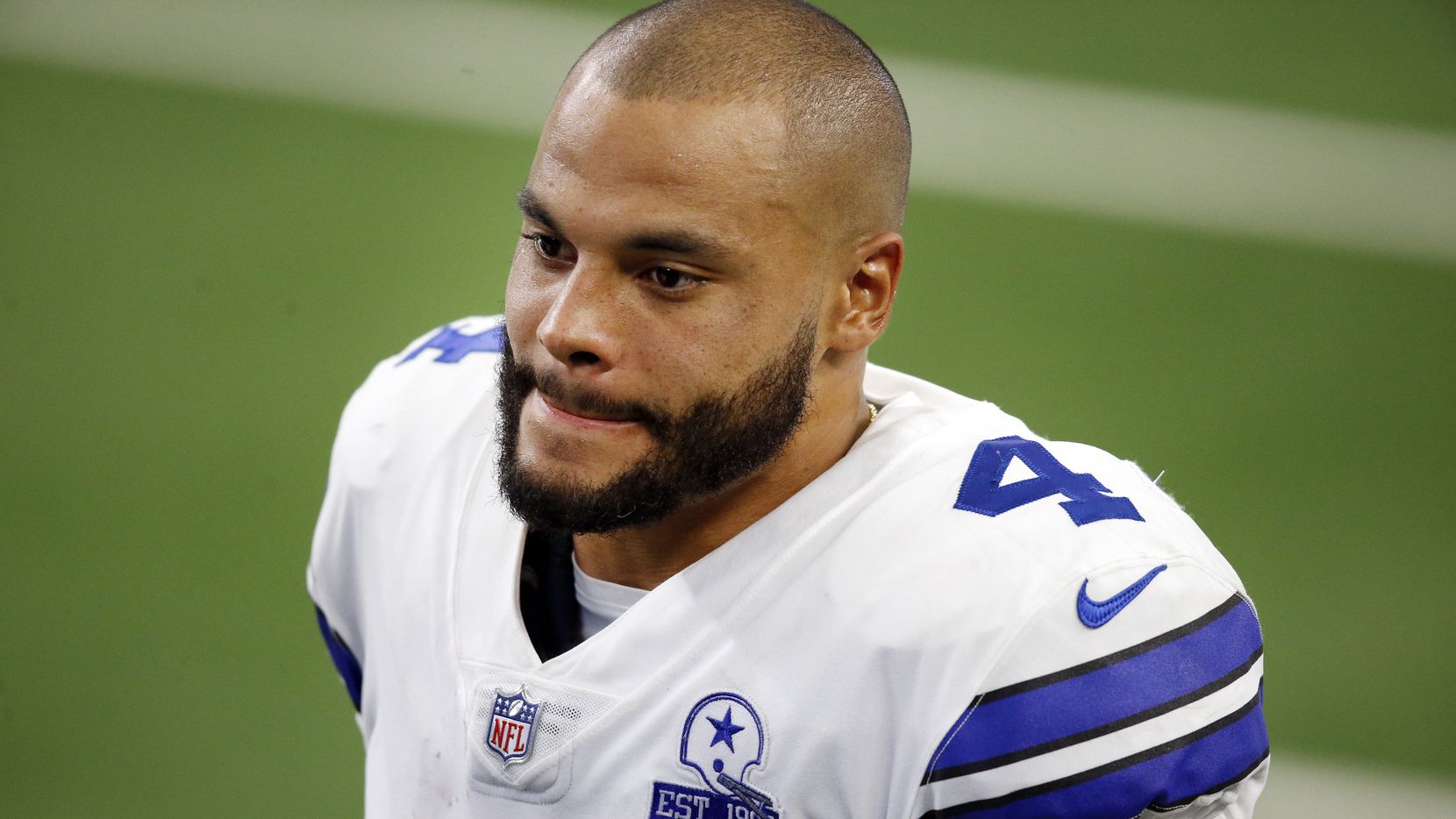 There are so many people that have doubted the Dallas Cowboys and Dak Prescott in the past, and that has fueled them this off-season.

What Awards Will Dak Win?

Let’s get the first and obvious one out of the way first. Comeback Player of the Year is going to Dak Prescott next season. The injury he suffered was absolutely gruesome and could really ruin a player’s career. Not to mention the off-field family deaths he has had to deal with in the past couple of years. His comeback this year will deserve all of the recognition it can get, and winning this award should be easy for him.

Just looking at the two candidates for Comeback Player of the Year last season, Alex Smith and Ben Roethlisberger, neither of them had exceptional years. But it was the fact that they came back from injuries and played that gave them the opportunity to win this award. Now don’t cancel me for thinking that I said Alex Smith didn’t deserve the award. He definitely did, and I did not say that. I was just making an example as to why Dak Prescott will win it.

The next award that Dak Prescott could win next year is Offensive Player of the Year. Just in the small sample size we saw in 2020, and he could easily put up big-time numbers with this offense. With one of the best WR corps in the NFC, he has so many options to throw to and continue to rack up yardage and touchdowns. Not to mention, he has an incredible receiving back in Ezekial Elliot, who will also draw attention from defenses with his running ability. If the offensive line is healthy and even remotely close to what it was back in 2019, it will be easy for Dak Prescott to be able to make a good throw from the pocket.

There are not many young QBs in the league right now that have Dak Prescott’s skill set and are in the position that he is in with the Cowboys. The only other person that comes to mind is Patrick Mahomes, but he is in the AFC, so he doesn’t matter.

Dak Prescott has the opportunity to make history and bring home the Lombardi to Dallas. But can the defense do their job and finally give their offense the support they needed all these years? Only time will tell.