Bradley Beal is a 28-year-old shooting guard for the Washington Wizards that finished second in the NBA’s scoring race and could be on the move soon.

Nobody really expected the nine-year vet to become the player that he is today when he was drafted out of Florida with the third-overall selection in 2012, but he has shown that he can handle the responsibility as a number-one option.

A three-time NBA All-Star, Beal has professed his loyalty to the Wizards’ organization, but with their continued failure and his individual prestige, it is hard to imagine that he sticks in D.C. for much longer, should they continue to struggle.

Here are what the different teams could offer and what the Wizards’ response would look like. Let’s take a look at possible package deals for Bradley Beal, and evaluating the trades for the Washington Wizards’ superstar.

This trade would be decent for both sides but would favor the Portland Trail Blazers; the Wizards probably would not mind getting off of Bertans but would need a better asset or more first-round picks to take on an aging duo of CJ McCollum and Enes Kanter. Washington would also be likely to buy out the Turkish center at some point, which would mean that a playoff-experienced center would be on the market.

The Los Angeles Lakers are in championship-or-bust mode until LeBron James leaves or retires, and they are willing to throw the sink at a player to lure him over (see Anthony Davis). Kyle Kuzma has been inconsistent off the bench but still has a little value on the market, though it has diminished, while KCP and Montrezl Harrell have proven to be quality role players throughout their careers. For a team like Washington that is looking to upgrade its roster across the board, this package would require serious consideration. 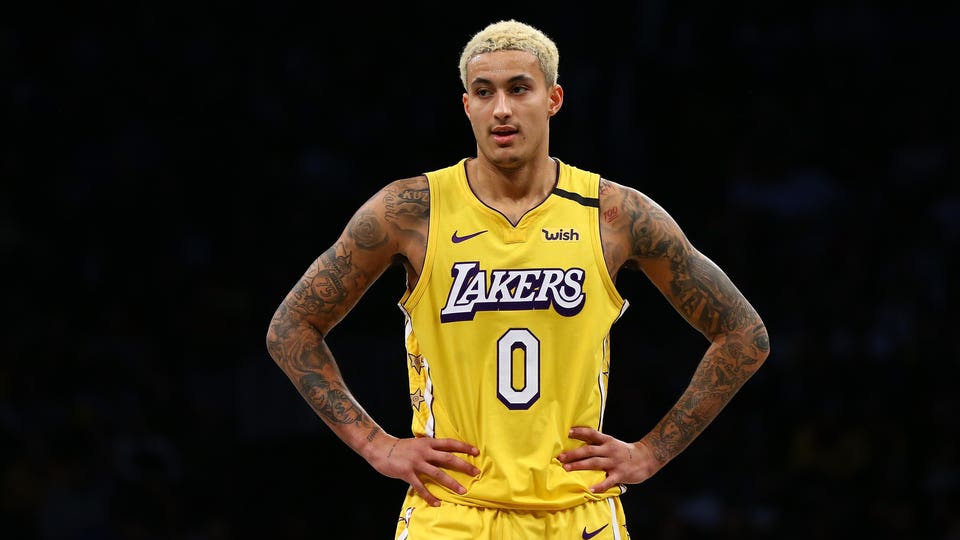 Los Angeles Lakers forward Kyle Kuzma has been consistently in trade talks for the past 2 seasons, mainly due to his inconsistent play.

As great as it would be to get three serviceable players in return, this is not enough for Washington. They would be likely to ask for Ben Simmons, given his all-time low value following a disappearing act in the playoffs, or even Tobias Harris as a fallback. Both of these requests would not fly with the Philadelphia 76ers, which is why much more finagling and compromise would be required to send Beal to the city of brotherly love.

This one is near the Lakers’ for the best offer, though it is slightly behind because of Gafford’s inclusion. The Dallas Mavericks have vocalized their intent to pair Luka Doncic with another high-scoring star that can help carry the offensive load, a responsibility that Kristaps Porzingis was unable to uphold through injury and poor play. Tim Hardaway Jr. would be grouped with the Unicorn to clear the deck for Beal and would be another solid piece for Wiz.

This might have worked if Kendrick Nunn and Tyler Herro were still improving at the same rate they were a year ago, but not anymore; the Wizards would be likely to ask for a player like Victor Oladipo or Goran Dragic instead of Nunn of Herro, which the Miami Heat would refuse. The ship to get Beal to South Beach has sailed, and this one seems dead in the water.