Is Hockey “for Everyone?” Representation matters in everything, including sports. If a child growing up doesn’t see themselves in the role of an athlete of a sport they love, they will never pursue their passion for it. This applies to young girls not seeing women play in professional leagues and blacks, Hispanics, and others not seeing themselves as well. Hockey is an interesting example.

This is a problem for many ethical reasons, but also because the sport will not grow. The whole point of sports is to give everyone and anyone an outlet to enjoy a game they love, whether they play it or become avid fans. However, if people feel as though the sport is only for those of certain ethnicities and genders, they will feel isolated and awkward about enjoying the game.

For many children, participating in youth sports programs are a major part of their childhood. However, they are more likely to choose a sport they see people like themselves playing, whether that be on TV or at the local arena.

The sport that seems to struggle the most with diversity in players and fans is hockey. The NHL has a campaign, “Hockey Is For Everyone,” in which they promote the narrative that hockey is inclusive to all genders, races, nationalities, and sexual orientations. This campaign is promoted a lot during Pride Month, and many of the teams adorn their sticks with rainbows and change their profile pictures on social media to sport the pride flag.

However, what has any of this accomplished? According to FiveThirtyEight, in regards to race, the NHL has the highest percentage of white players than any major sport, with MLB far behind in second. As far as fans, the NHL boasts the highest percentage of white fans, with 77.1% of their base being caucasian. Only 6.8% of fans are Hispanic, 6.5% are black, and 2.8% identify with the other category. 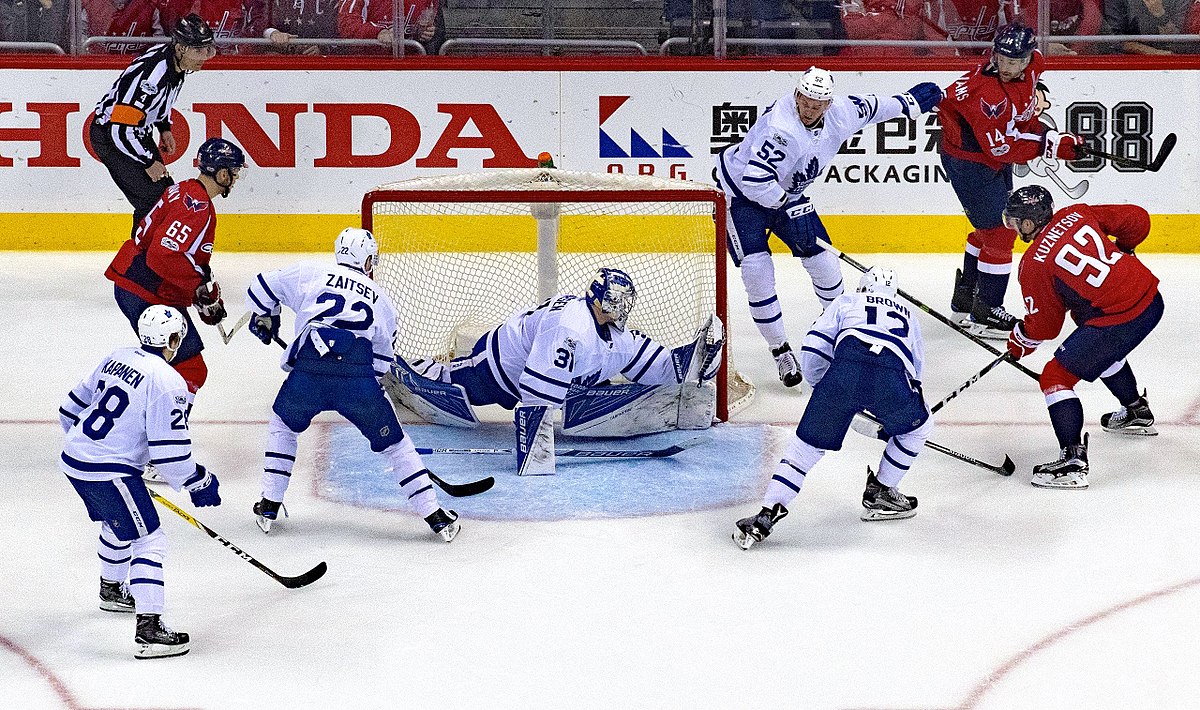 The NHL has a campaign, “Hockey Is For Everyone,” in which they promote the narrative that hockey is inclusive to all genders, races, nationalities, and sexual orientations.

But race is sadly not the only aspect the NHL struggles with diversity in. As mentioned, the NHL promotes pride month in various ways; however, the LGBTQ+ population is not represented in the league. According to The Hockey Writers, there has never been an NHL player, whether actively playing or retired, in the 103 years that the league has existed that has come out to the public about being gay.

Although branded as inclusive, the league seems to struggle with recruiting those of different nationalities and sexual orientations as their players and their fans. This issue needs to be investigated by the league thoroughly in order to ensure hockey truly is for everyone.

It might not be the league itself that is the problem, but hockey and sports culture in general. Sports are widely assumed by some to be the place for straight white men, and anyone that challenges this narrative is considered bold by some but sadly odd by many. The culture around sports, especially hockey, needs to change to make sure that everyone feels they have a safe place to play.

Looking more closely at the gender disparities in professional sports, it is a disgrace that there has never been a woman to play in a major professional sporting league such as the NFL, NBA, MLB, or in this case, the NHL.

In 2019, the NHL did take a step forward in this realm of inclusion by allowing Kendall Coyne Schofield to compete in the All-Stars skills competition. However, she was not allowed to win this competition regardless of what her completed time was. In 2020, the NHL even hosted a 3-on-3 women’s game to promote more inclusivity.

The question is, when will we see the first woman NHL player? Schofield and the other women who have competed in these events have shown they can handle and excel in the high level of competition. It is time for them to be allowed to lace up with an NHL team.

The usual backlash with this suggestion is that women could not handle being hit by a man twice their size on the ice. However, this is a ridiculous reason not to put women in the game when it is considered how many men players are seriously injured every year in the NHL. The risk of injury is always going to be there, regardless of size or gender. Plus, isn’t it time to tone down on the violence in the NHL anyways?

Another problem with hockey culture, and sports culture in general, is the wealth disparity of opportunities given to children. There are plenty of kids waiting right now who could be the next Auston Matthews, but their families can’t afford to sign them up for hockey lessons. Hockey is a hard sport for someone with low income to access for multiple reasons, including the cost of gaining access to an ice skating rink if frozen ponds aren’t readily available, the cost of lessons, and the amount of expensive equipment needed to safely play.

These are not problems that are going to be solved overnight. It is going to require years of dedication from community members in small towns promoting hockey to everyone, the league making an effort to gain more diverse fan bases and teams, plus dedicating themselves to not only recruiting players of all walks of life but also putting in the work to ensure there is a culture of acceptance within the NHL.