Mavs Need to Surround Luka Doncic with the Right Talent The 2018 NBA Draft may be one of the best drafts of all-time, especially with a trade featuring the Dallas Mavericks moving up two spots to select Luka Doncic and the Atlanta Hawks drafting Trae Young. In a few decades, many NBA fans will look and see who ultimately won the trade.

There is no question both Doncic and Young are the cornerstones of their franchises, with both players agreeing to Supermax contracts this offseason. With that being said, Luka is undoubtedly the better all-around player as he has better statistics, one more All-Star appearance, and two more All-NBA First Team selections than Trae.

There is one glaring difference Young has that shows why the Hawks have a better future as of right now. Young made it to the Eastern Conference Finals in his first playoff run, while Doncic lost to the Los Angeles Clippers in the opening round in each of the last two seasons.

The Hawks had a strong starting five and a great second unit as they lost to the eventual NBA Champions, Milwaukee Bucks.

How Did the Mavericks End Up in This Situation

The Dallas Mavericks are looking for ways to make it to the NBA Finals post the Dirk Nowitzki era. The organization has been linked to many stars in free agency in the past, like DeAndre Jordan, Kemba Walker, etc., but Dallas hasn’t been an ideal destination for many stars. In 2015, the Mavs curse began as the DeAndre Jordan situation led him to void the contract and re-sign with the Los Angeles Clippers.

The Mavs last biggest signing occurred in the 2016 offseason as they took a risk on a young forward, Harrison Barnes, who the Golden State Warriors renounced rights on to sign Kevin Durant. In just two years, Barnes was traded to the Sacramento Kings to create cap room for the future.

After drafting Doncic, it was clear that the team needed to build around the future star. The front office saw a rising star who was frustrated in the New York Knicks organization as he was dealing with an injury and was disgruntled by how the organization handled his situation and had no plans to make the organization better under former Knicks President of Basketball Operations Phil Jackson.

So on Feb 1, 2019, the Mavs acquired Kristaps Porzingis, Hardaway Jr., Trey Burke, and Courtney Lee from the New York Knicks in exchange for Dennis Smith Jr., DeAndre Jordan, Wesley Matthews, and two future draft picks. Porzingis has struggled to stay healthy, and Tim Hardaway Jr. has been a streaky shooter but had good moments in the playoffs. 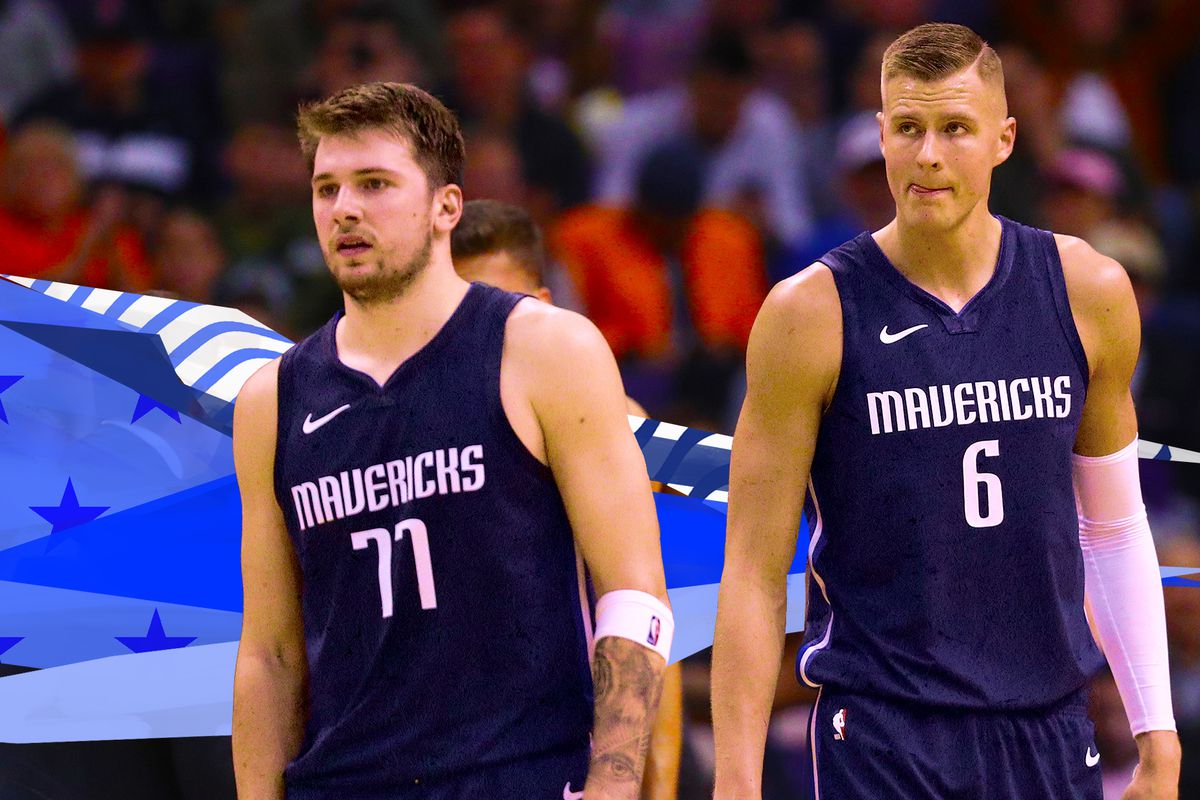 After drafting Luka Doncic, it was clear the team needed to build around the future star, and the front office saw frustrated New York Knicks forward Kristaps Porzingis.

Dallas Improved in FA but Need to Do More

The Mavs were able to re-sign Hardaway and sign Reggie Bullock this offseason as the biggest signings among many. Trading away Seth Curry the last offseason was a mistake as he was a solid scorer with Ben Simmons struggling in the playoffs. However, the problem for this team is finding the right talent to surround Luka Doncic as they tried to address the same issues last offseason in regards to wing depth.

Bullock is a 39 percent career three-point shooter but isn’t the type of player who would carry the offense when Luka Doncic is off the court. The Mavericks don’t have any picks for the 2023 draft but have two picks in 2023 and every other draft for now. The team also has two young players in Josh Green and Tyler, who were both drafted in 2020.

Many thought that Goran Dragic, who is also from Slovenia, was going to the Mavericks in a trade with the Toronto Raptors, but he is not the same player he once was. There is no question that Dragic would have been a solid contributor off the bench for the Mavs, but he would only be temporary as he has one year left on his deal.

Are There Any Options on the Trading Block?

With Porzingis’ value not being as high as it once was, trading for a wing that can score and defend might be costly, especially with a player option worth approximately 36 million dollars in 2023. Cj McCollum would be a great fit, but it will be difficult to trade for him. Damian Lillard is still a part of the Portland Trail Blazers.

There is still one player who is a solid wing who can guard both forward positions and could help Doncic carry the load on offense. The Toronto Raptors are continuously listening to offers surrounding Pascal Siakam as the team drafted Scottie Barnes and brought in Precious Achuiwa, who will most likely come off the bench and was packaged in a deal with Dragic for Kyle Lowry.

It will not be easy as the Golden State Warriors, Los Angeles Clippers, and Sacramento Kings are ‘enamored’ with trading for Pascal Siakam. However, the Mavs cannot keep wasting their time with a solid five-year window until Doncic becomes an unrestricted free agent in 2027.