On Tuesday, as we near the MLB trade deadline, more moves were made. Again some moves were very surprising, and some trades made sense regarding the team’s circumstances and position in the standings. Let’s take a look at some of the moves.

A DEAL FELL THROUGH FOR THE PIRATES AND THE PHILLIES

The Pittsburgh Pirates have been very busy this week, making moves for the future as they plan to rebuild the farm system. In earlier reports, the Philadelphia Phillies were on the verge of acquiring left-handed starting pitcher Tyler Anderson for two prospects. Those two prospects were righty Cristian Hernandez and catcher Abrahan Gutierrez.

Anderson is on a contract year and did not cost much in terms of payroll should any contender want to trade for him. Since leaving the Rockies organization, where pitchers tend to struggle, he has gotten things back on track after a good rookie campaign.

In 31 appearances with both the San Francisco Giants and the Pittsburgh Pirates combined, he has pitched 163 innings. He has a 9-11 record, 4.36 ERA, 33.9 percent ground-ball rate, 18.4 percent strikeout rate, and a 7.2 percent walk rate.

The reason the deal fell through was due to the medicals of one of the prospects heading to Pittsburgh. The Pirates would like to get him dealt before he is slated in to make his next start.

Both sides could still be working on the deal; however, if a deal cannot be made in a certain time frame, the Pirates may call different teams to get a deal done. Phillies’ rival, the New York Mets, was reportedly expressed in trading for Anderson. 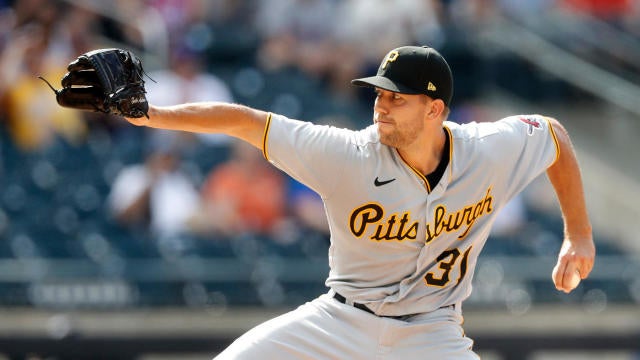 In earlier reports, the Philadelphia Phillies were on the verge of acquiring left-handed starting pitcher Tyler Anderson for two prospects.

It is not often you see two teams from the same division make a deal during the trade deadline, let alone two post-season contenders. That is what the Seattle Mariners and the Houston Astros did today in a somewhat surprising move.

Rafael Montero was recently designated for assignment and will be the second piece that will be heading to the Astros. Kendall Graveman had a 4-0 record, 0.82 ERA, 0.70 WHIP, and eight walks in 33.0 innings pitched.

Going the other way to the Seattle Mariners is veteran reliever Joe Smith and the most prized asset, which is infielder Abraham Toro. Toro has had limited actions in the big leagues but had very good numbers throughout the minors.

Both Graveman and Smith will be free agents by the end of this season. Toro was ranked as high as number five in the Astros farm system as a second-tier prospect.

Toro could be seen as more of a utility player in the majors so far. However, if he develops over the next few seasons, he could be a potential replacement for Kyle Seager. The Mariners still have a desire to improve their team for the future, even if it’s trading key pieces for the short term.

As for the Astros, Graveman will be an effective pitcher out of the pen for the Astros as they are five games ahead of the Oakland Athletics for the top spot in the AL West. The Astros also hope that Montero can show signs of what he did with the Texas Rangers.

It is funny how the trade went down as both organizations are currently playing each other right now.

The Seattle Mariners agreed to acquire Tyler Anderson from the Pittsburgh Pirates after the Phillies deal fell through due to medicals.

The Chicago Cubs are evaluating prospect catcher Joey Bart for a potential deal involving Kris Bryant and a reliever.

The New York Yankees trade RHP Luis Cessa and LHP Justin Wilson to the Cincinnati Reds for a player to be named later.