A long season of highs and lows awaits for the 20 teams that will be competing in the Premier League this season. Over the next nine months, there will be moments of magic and drama, but on the opening day of the season, every team has hope. Below, we will run down some of the fixtures taking place over the weekend and assess which way they could go. 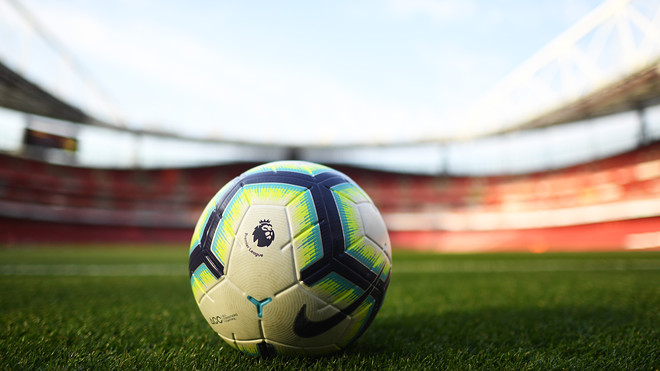 The opening fixture of the new season takes place on Friday, as newly-promoted Brentford becomes the 50th team to play in the Premier League when they welcome Arsenal to town.

Brentford’s chances of survival will likely hinge on how they start the season, and Ivan Toney will be key to their chances. The striker scored 31 goals in the Championship last season. However, new teams in the top-flight haven’t fared well, as only eleven of the previous 49 newcomers have won their opening game.

Mikel Arteta will have no European football on the agenda this season, which means there are no excuses for another sub-par performance from the Gunners. Ben White could make his debut for Arsenal on Friday, as they look to improve a shaky defense.

A partisan crowd will be in attendance for the game, and that could lead to a first shock of the campaign. Brentford could get off to a perfect start with a win.

A big opening day at Old Trafford will see Manchester United welcome arch-rivals Leeds United to the Theatre of Dreams.

United ended last season in second, as Ole Gunnar Solskjaer continued to progress his young side. However, a trophy must be won this season. The summer business done by the Red Devils has been good, with Jadon Sancho and Raphael Varane certainly improving the team. If they bed in quickly, a title challenge shouldn’t be out of the question.

Leeds ended their first season back in the Premier League in ninth, but they will need to improve defensively if they are to improve on that this season. The Whites conceded 54 goals last season, which was the most of any team in the top half. However, they will remain a neutral’s dream this season, as Marcelo Bielsa is unlikely to change his tactics.

Goals will certainly be on the menu at Old Trafford on Saturday, as both United and Leeds have clear attacking quality. Therefore, the over 2.5 goals selection could be the way to go.

Chelsea is many people’s picks to win the Premier League title this season, as Thomas Tuchel looks to use last season’s Champions League success as a building block. Their opening day clash sees them host Crystal Palace at Stamford Bridge.

The Blues have already added another trophy to their collection this week with a Super Cup victory over Villarreal. However, the biggest story is the return of former striker Romelu Lukaku, who almost certainly looks set to deliver the goals that Tuchel’s side needs in order to compete for the top prize.

Palace has seen a huge turnover in players over the summer, and there are also questions hanging over the experience of new manager Patrick Vieira. The Eagles survived easily last season, but bedding in the new arrivals may take a bit of time. Unfortunately, that is something that is hard to come by in the Premier League.

There could be a rude awakening for Palace this weekend at the Bridge. Chelsea has won 16 of their last 20 against the Eagles, and there isn’t much evidence to suggest that the run will come to an end.

For the second time in three seasons, Liverpool will open their Premier League campaign with a fixture against Norwich City.

The Red have an excellent record against the Canaries as they are unbeaten in 14 and have won on 12 occasions. Hopes will be high among the Liverpool fans this season, as the return of Virgil van Dijk means that Jurgen Klopp’s side are restored to their best defensive line-up. However, squad depth could be their biggest issue when it comes to a title challenge.

Norwich was excellent in their promotion-winning campaign last term, but the same questions that hung over them two years ago remain. There isn’t a prolific scorer in their squad, with all the pressure likely to be on Teemu Puuki once again. Defensively there could also be questions, but we will learn more about them and their chances in this game.

Liverpool’s dominant record against Norwich means that this could be one of the safest bets of the weekend. Klopp will be keen to ensure his side gets off to a perfect start and lay down a marker for the season ahead.

All eyes will be on England captain Harry Kane, who is still being heavily linked with a move to Pep Guardiola’s side. However, City will need to make do with what they have for this game, which could mean a league debut for new £100 million signing Jack Grealish. City’s record on the opening day of the season is outstanding, as they have won their last ten.

Tottenham have beat City on their last three trips to North London, but this looks a tall order on the opening day of the season. Nuno Espirito Santo begins his first season at the club, and European qualification will be the goal. Kane’s future will have a huge bearing on whether they can achieve that, as the 28-year-old scored 23 goals in 35 games last season.

It should be a thrilling match at the Tottenham Hotspur Stadium on Sunday, but any other result than a City win in the capital looks unlikely, as the champions start their defense.

Alex has been writing about sports for over ten years. His main sporting passions are soccer, cricket, boxing and horse racing, and regularly attends events across the United Kingdom. After graduating from Anglia Ruskin University, he started travelling around the world and writing sports- combining his two main loves. Alex supports Manchester United, and his favorite racecourse is Cheltenham. He also hosts the Sports 2.0 Network Horse Racing preview every Friday.