Chelsea Football Club is ready to receive a massive boost in its Premier League title hopes as Romelu Lukaku is set for a move to West London, having agreed to personal terms with the Blues and informed his parent club, Inter Milan, that he is ready for an exit.

Chelsea and Inter have been in close contact over the past 24 hours and appear to be set on a fee between £120-130 for the Belgian striker, who was voted as the Serie A’s Most Valuable Player during a title run last season. Lukaku first came to Chelsea from RSC Anderlecht in 2011 but failed to break into the first team, enjoying loan spells at West Bromwich and Everton before he was sold to Manchester United for just over £67 million. He capped off his Premier League record with 113 goals in 252 appearances.

Lukaku once said in an interview that he had “always” been a lifelong fan of Chelsea and that he feels there is “unfinished business” at Stamford Bridge.

This move come in the wake of a failure to lure Erling Haaland to Cobham as Borussia Dortmund declined Chelsea’s offer of £130 million, insisting that they would only consider a fee in the neighborhood of £175— this raised the eyebrows of Haaland himself, who said that no player is worth such a fee.

It is no secret that Chelsea struggled for goals last season; deep-lying midfielder, Jorginho, leading the team domestically with seven goals, all from the penalty spot. New-boy Timo Werner struggled for form, and Kai Havertz, a midfielder by trade, wound up playing as a center-forward down the stretch.

Lukaku had always been the backup plan for Chelsea and coach Thomas Tuchel, who guided the team to a Champions League victory last season, his first as a manager and the club’s second in nine years. Though they only managed to finish fourth in the Premier League, Tuchel’s Chelsea went 11-5-3 and was the most resolute defensive side in England; the Blues also beat league champions, Manchester City, three times over the final six weeks of the season and reached an FA Cup final before falling to Leicester City. 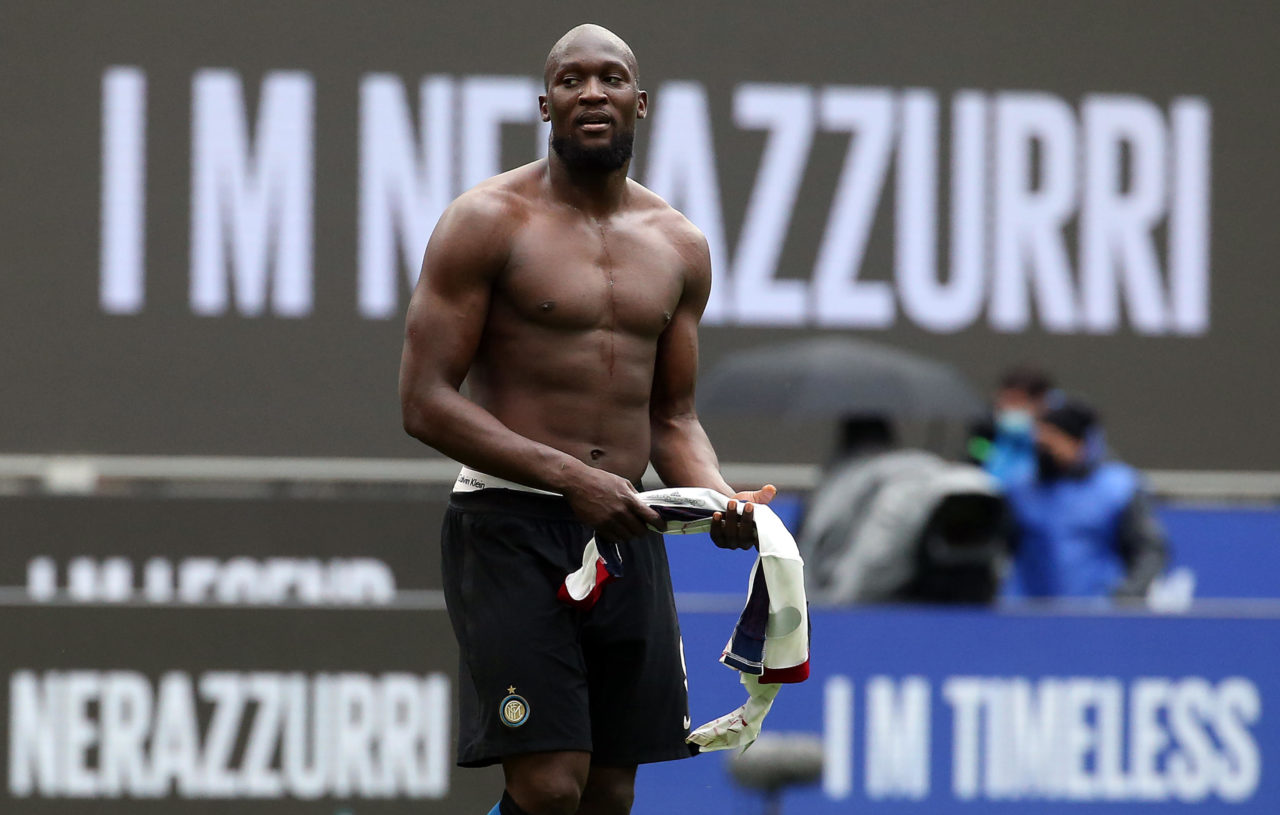 Romelu Lukaku will change his jersey to the world-renowned Chelsea blue.

With a proper goal-scorer leading the front line, Chelsea’s title hopes will increase drastically; they are already enjoying the second-highest odds to win the league at +500 alongside rival Liverpool, per MyBookie, and could soar even higher with the Belgian bruiser up front.

As Lukaku prepares to return to his boyhood club of Chelsea, he will be coming back a completely different player from the one that left; he is experienced, stronger, has improved his footwork and technical ability, and seems to always find himself in the right positions. He scored 30 goals and provided 10 assists for Inter in 44 appearances this season, a return that was far superior to anyone on Chelsea’s.

Tuchel’s impending striker will also come in familiar with his style of play, as he played in a five-back system in Italy last year. Lukaku will be the most advanced player on the pitch with runners in either channel beside him, and his hold-up play combined with an impressive turn of pace for such a tall, muscular man will help him fit in from day one.

The transfer still needs to go through before any official changes can be made to Tuchel’s squad or their title odds, but all signs point to the former Chelsea man making a highly anticipated return to a club that needs him in a way they never did before.

Lukaku is expected to be announced in the coming days and could feature in the Blues’ opening match against Crystal Palace, should there be no hiccups in the final stage of his transfer.

Now is as good of a time as ever to throw some money behind Chelsea because their odds are going to take a shot up the ladder once Lukaku officially joins the club.