Slovenia Men’s Basketball Will Medal In Tokyo (Maybe Even Gold) Coming into the tournament, the Slovenia Men’s Basketball Team was +1900 to win the Olympic gold medal, putting them with the 5th-best odds to win the tournament just behind France. Slovenia came to Tokyo with just one NBA player (Luka Doncic), and the country is making its first-ever Olympic appearance in men’s basketball.

What They Have Done So Far

So far, Slovenia has been spectacular. They have dominated in all three games and finished group play with a plus 61 point differential. They are averaging 109.7 points per game and allowing 89.3. Defense has not exactly been their strong suit, but they have outscored every team they faced and have done it in a dominant fashion.

Luka Doncic is obviously the star of this team. At the age of 21, Luka averaged 27.7 points per game in the last NBA season and is now in Tokyo, averaging a 28.3-point and 10.7-rebound double-double. He has also averaged 7 assists per game on top of those numbers.

Luka has looked unstoppable. He dropped 48 points in his Olympic debut against Argentina in incredible fashion. 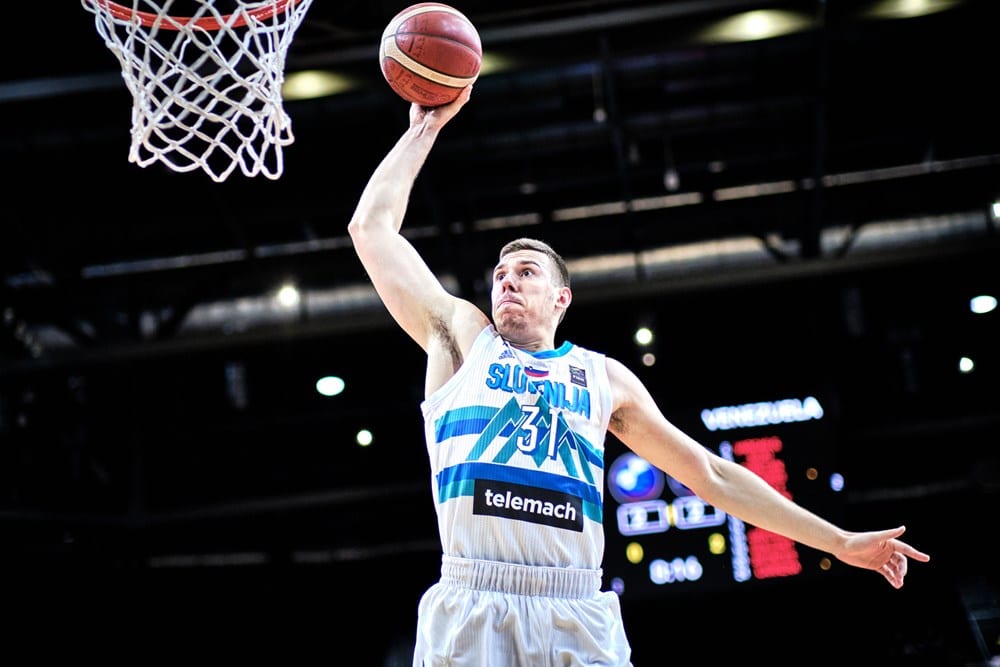 It’s not all Luka for Slovenia, as the supporting cast has been incredible in helping Doncic and Slovenia reach the quarterfinals in Men’s Basketball at the Tokyo Olympics.

Luka has been outstanding, but he has not had to do it all on his own. 4 other Slovenian players are averaging double-digit points to go along with Luka.

Vlatko Cancar is averaging 16.7 and is shooting the lights out at 71.4% from the three-point range thus far. Zoran Dragic has also been sharp from three, averaging 12.3 points per game on 68.8%.

Mike Tobey has been extremely solid as well. He is averaging an 11-point, 13-rebound double-double thus far and has been amazing in the post for Slovenia. He is shooting 60% from inside the arc and has been creating second chances on offense averaging 3.3 offensive rebounds.

Klemen Prepelic has been explosive at shooting guard for Slovenia. He is averaging 16.3 points per game, with about 6 per game coming from the free-throw line.

The road to gold starts tonight for Slovenia when they will take on Germany in the quarterfinal. With a win, they take on the winner of Italy versus France, and if they were to reach the finals, they would likely take on the United States who is currently a heavy favorite to win gold.

This team is no joke. I think Luka Doncic could take on any remaining team without a solid group of players behind him. He will not need to do that, though. This team may not have big names, but they have great chemistry and players who can score the basketball.

Slovenia will be able to score with any team in this tournament. The question is can they stop other teams from scoring. They will be highly motivated, considering this is the first group of men from Slovenia that has been able to represent in the sport of basketball. This team is playing to win, and anyone standing in their way will have to face a tough challenge.

If Luka continues to dominate and play the way he has, I would expect to see Slovenia taking on the United States in a gold medal game on Saturday. Slovenia needs to continue to be aggressive, and if the rest of the players surrounding Doncic can score at the clip they have been, this team will be hard to beat.