The Chiefs bested the Buccaneers in Week 12 by a score of 27-24. Kansas City will enter Sunday’s matchup as a 3-point favorite over Tampa Bay.

The Tampa Bay Buccaneers will appear in their first Super Bowl since they won the big game in 2002. The 2020 Buccaneers earned a Wild Card spot after they finished the regular season campaign at 11-5.

The Buccaneers beat Washington in the first round of the NFL Playoffs. They then took a road trip and avenged their two regular-season losses to the Saints. The magic continued in the NFC Championship Game when the Buccaneers marched into Lambeau and defeated the first seeded Packers.

Offensively, the Buccaneers lean towards the pass. The team has found success on the ground in the playoffs with Leonard Fournette, but 2020 has been Tom Brady’s year. 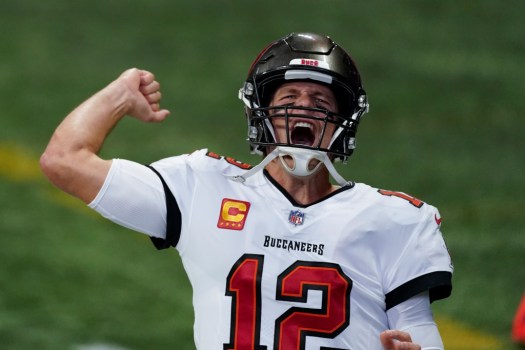 Brady threw for 4,633 yards with 40 touchdowns this season. His mobility in the pocket has been a sign of weakness for the 43-year-old. However, his offensive line was the fifth-ranked unit in football this season, so it has not been common for Brady to be under duress.

On defense, the Buccaneers are ruthless up front. Tampa Bay does not have a weak spot on their defense, making game-planning extremely tough for opposing offensive coordinators.

The Kansas City Chiefs are making their second straight Super Bowl appearance in 2020. Last season, the Chiefs defeated the 49ers, 31-20. The Chiefs were the best team in football this season at 14-2.

Kansas City was known for starting slow, but Andy Reid has trained his team to win in the second half. The Chiefs earned a first-round bye but narrowly defeated the Cleveland Browns in the Divisional Round.

The AFC Championship Game didn’t follow this trajectory. The Chiefs beat the Bills 38-24 to punch their ticket to Super Bowl LV.

The poster boy of the Chiefs is Patrick Mahomes. When he is under center, the Chiefs are the best team in football. Mahomes’ elusiveness in the pocket makes him a generational talent.

Tyrann Mathieu is the Chiefs’ authority on the defensive side of the ball. Mathieu has recorded 13 total tackles and one interception in the NFL Playoffs.

More of Tanner’s Continued Super Bowl LV Coverage: Why Rob Gronkowski Could be the Difference Maker in Super Bowl LV

Super Bowl LV will be determined by the outcome of two statistical categories: Turnovers and sacks. The team that does not turn the ball over and limits their negative plays will be victorious when the clock expires on Sunday.

Both teams in Super Bowl LV play clean football, which makes these two categories critical. Tom Brady is more likely to throw an interception than Patrick Mahomes. Still, I think the Buccaneers’ defensive front will exploit Mahomes without LT Eric Fisher in the lineup.

The key to generating turnovers and sacks is pressure. The Buccaneers will need to do a fantastic job keeping Tom Brady upright. He has never been mobile, so this is critical. 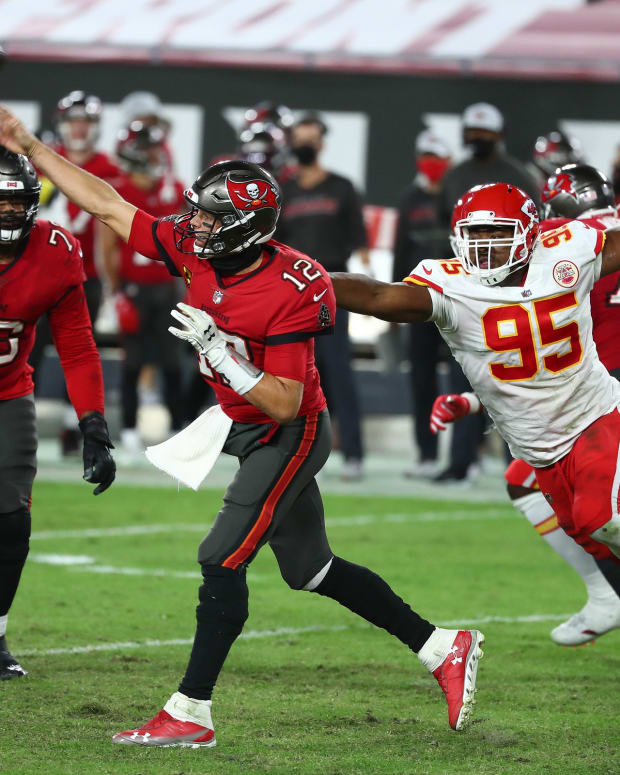 The matchup to watch will be how the Buccaneers’ interior three offensive linemen handle Chiefs’ DT Chris Jones. Tom Brady can’t step up into pressure so the middle of the offensive line, led by Ryan Jensen, is necessary for Tampa Bay’s success.

The Chiefs can take more risks with their protection schemes because of Patrick Mahomes’ mobility. Eric Fisher’s absence should be noticeable, but Mahomes is a magician under center, which will most likely negate some pressure.

If the Buccaneers can trap Mahomes in the pocket, Tampa Bay can take down the Chiefs. In addition to this, Tom Brady will need to play mistake-free football. If this occurs for the Buccaneers, they will win in the turnover and sack categories, which will propel them to victory.

I can’t pick against a team led by Tom Brady in the Super Bowl.