A Look at the Two-Person Race for NL MVP: deGrom or Tatis? Midway through this exciting MLB season, there are two clear-cut leaders in the Most Valuable Player race of the National League. New York Mets pitcher Jacob deGrom, and San Diego Padres shortstop Fernando Tatis Jr. are both the frontrunners for the NL MVP race.

Prior to his injury, Ronald Acuna Jr. would be up here right alongside these two as a potential top candidate. But after suffering a Torn ACL leading into the All-Star break, his season has come to an end, and so have his chances of winning the NL MVP.

There are plenty of players chasing their tails in this race, but it would take some major downfalls from both candidates for some others to be considered for the award. Trea Turner of the Washington Nationals and Nick Castellanos of the Reds both present appealing cases for the MVP, but deGrom and Fernando Tatis have been unreal. 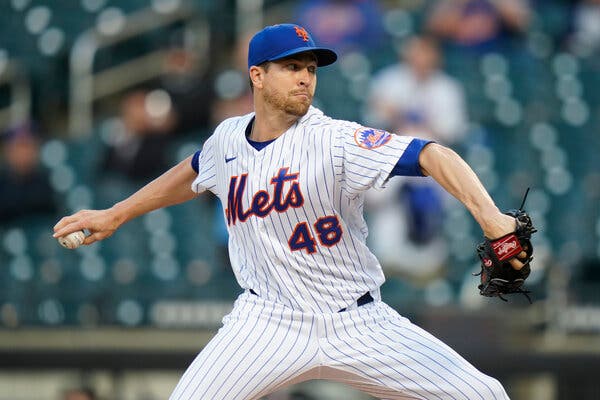 DeGrom is currently getting -115 odds from PointsBet Sportsbook, aiming to become the first National League pitcher since Clayton Kershaw to win the award. The Mets tremendous ace is doing historic stuff every fifth day, in every start.

The real test for deGrom will be maintaining this production through the second half, and it seems like injuries and fatigue could catch up to him.

Heading into the All-Star game, he had two of his worst starts of the season, allowing three runs to the Braves and two runs to the Brewers. Yeah, those were two of his worst starts. If he can reproduce this level of run prevention in the next three months, he will post one of the greatest pitching seasons in the history of the sport. He has also been oddly amazing at the plate this season when called upon, batting .387 and recording 6 RBIs in 31 plate appearances.

It’s easy to forget how long is left in this season, and many could wonder how much deGrom has left in the tank. He has suffered a few minor injuries and has taken rest seriously this season.

The 60-game season in 2020 has emphasized the marathon experience of an MLB season. No one can lock up an MVP in the first half. Health and slumps can quickly rip up an MVP case, just like they did for Acuna.

DeGrom is sure to walk away with some hardware this offseason. We can essentially pencil his name in for his third career Cy Young award. But he will try attempting to become just the 12th pitcher to win both the Cy Young and MVP award in the same season, joining all-time pitching legends such as Clayton Kershaw, Justin Verlander, Roger Clemens, Bob Gibson, and Sandy Koufax. 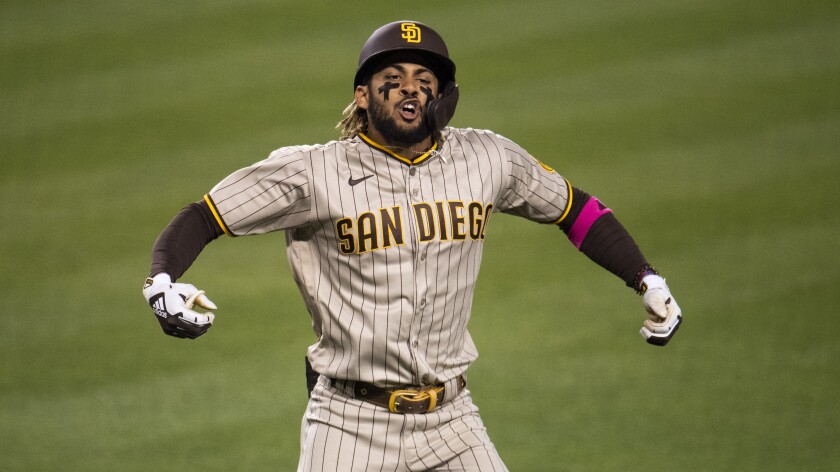 In this two-man race, the 22-year-old Tatis has proven to be the most impactful everyday player for the NL West contending Padres, who have 53 total wins this year and find themselves in third place of the stacked NL West.

Tatis Jr. has been given slight positive odds to take home his first MVP trophy at +125 on PointsBet.

At the ripe young age of 22, Tatis Jr. would become the third-youngest player in the history of the MLB to win the award if he were to come home with it this October. Johnny Bench and Vida Blue both captured MVP awards at the age of 22 in the early 1970s

Tatis had a very strong first half of the season from the plate, sitting at first place in the National League in home runs and recording a .285 batting average. He has also tallied an impressive 60 RBI’s while swiping 20 bags/stolen bases, well on his way to a 30-30 season, and on pace for a potential 40-40 season of 40 homers and 40 stolen bases.

There has been one question mark for Tatis Jr., and that is his play at the shortstop position on defense. He has the most errors in the MLB by a clear margin with 19. While he will show up on your social media feeds for the impressive catches or rare great throws he makes, he has been beyond inconsistent for the Padres on the defensive end.

If Tatis is to have any shot at surpassing the coasting favorite of Jacob deGrom, he will need to sure up his defense and continue to smash the ball to left field. Injuries and time off could potentially derail deGrom’s path to his first MVP, but it would take some terrible performances for people to forget how much he has dominated this season.

DeGrom should become the first pitcher since Clayton Kershaw to win the MVP of the National League, and he is beyond deserving. If you have the money and patience, lock up deGrom for NL MVP.