There will be two title fights, one for the Men’s Bantamweight belt and one for the Men’s Featherweight belt. But don’t forget about the third fight on the main card which features monster grappler and huge hype train Khamzat Chimaev, who will be taking on the man that almost took away Kamaru Usman’s belt, Gilbert Burns.

I’m going to give you a preview of these three fights so you can get to know them before the fights come next week. This card is going to be amazing, so make sure you’re prepared.

Depth of the card

This card is stacked from head to toe and is exactly what MMA fans have been waiting for this year. In my opinion it’s the most exciting card of the year so far and I’m certain that it won’t disappoint.

Young prospect Ian Garry will also make a return to the octagon, and is a huge favorite against Darian Weeks. Another great fight I’m looking forward to is Mike Malott, coming off a win in the Dana White Contender Series.

Despite not being the Main or Co-Main event, this fight just might be the most hyped fight on this card. Both guys are extremely good, but this is the first real test for Khamzat Chimaev in his UFC career.

Chimaev has had a historic UFC start, landed 118 strikes in the first round of his very first fight, and won three fights in his first 66 days as a UFC fighter. He has the best strike differential over three fights in UFC history outlanding his opponents 196-2

He’ll be facing a true grappling legend in Gilbert Burns, who not only is a world champion jiu jitsu black belt, but also almost knocked out Kamaru Usman with one punch. He’ll have a lot to say before CHimaev gets anywhere near a title shot, and I can’t wait to see how it goes down. 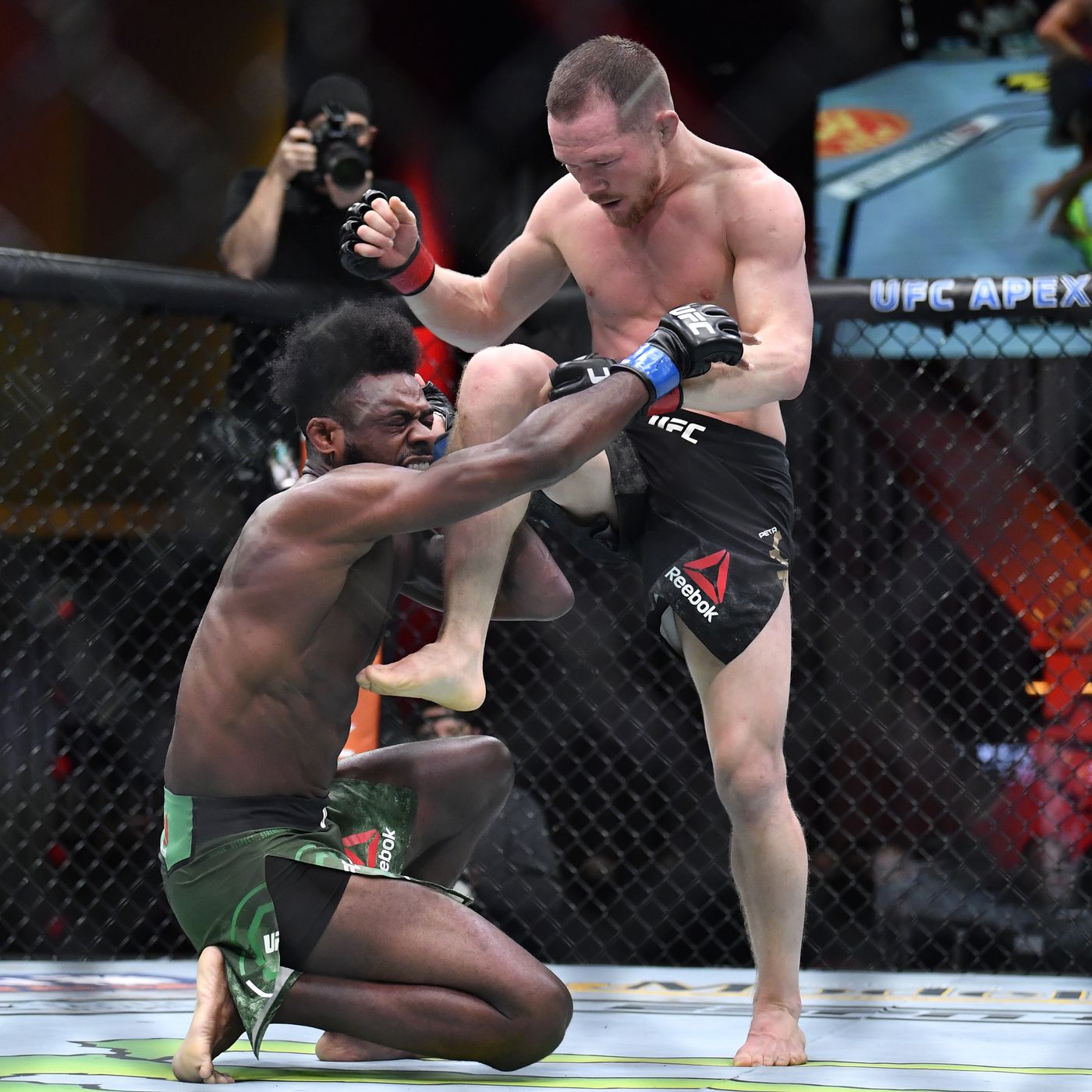 This fight is a rematch of one of the most confusing and controversial title fights in UFC history. Just about a year ago these two fought, and Yan was winning convincingly until he illegally kneed Sterling in the head.

Sterling did not recover, but some thought he was milking the injury a little bit. Regardless, Sterling was awarded the belt via disqualification of Yan. Yan calls Sterling the “Paper Champ” and insists he will again show he’s the better fighter.

Everything in my brain tells me Yan will win this. He’s fast, powerful, and he’s one of the smartest fighters in the UFC. He knows when to attack, when to read your movements, and he can fight standing or on the ground.

Sterling however is so much fun to watch and has insane grappling. There’s a chance he gets a hold of Yan and doesn’t let go.

Chang Sung Jung, referred to many as The Korean Zombie or TKZ, has gotten his chance at a title shot after Max Holloway fell out of this fight a while back. TKZ is a fun fighter to watch, and as his name suggests he walks forward with no concern of getting hit. 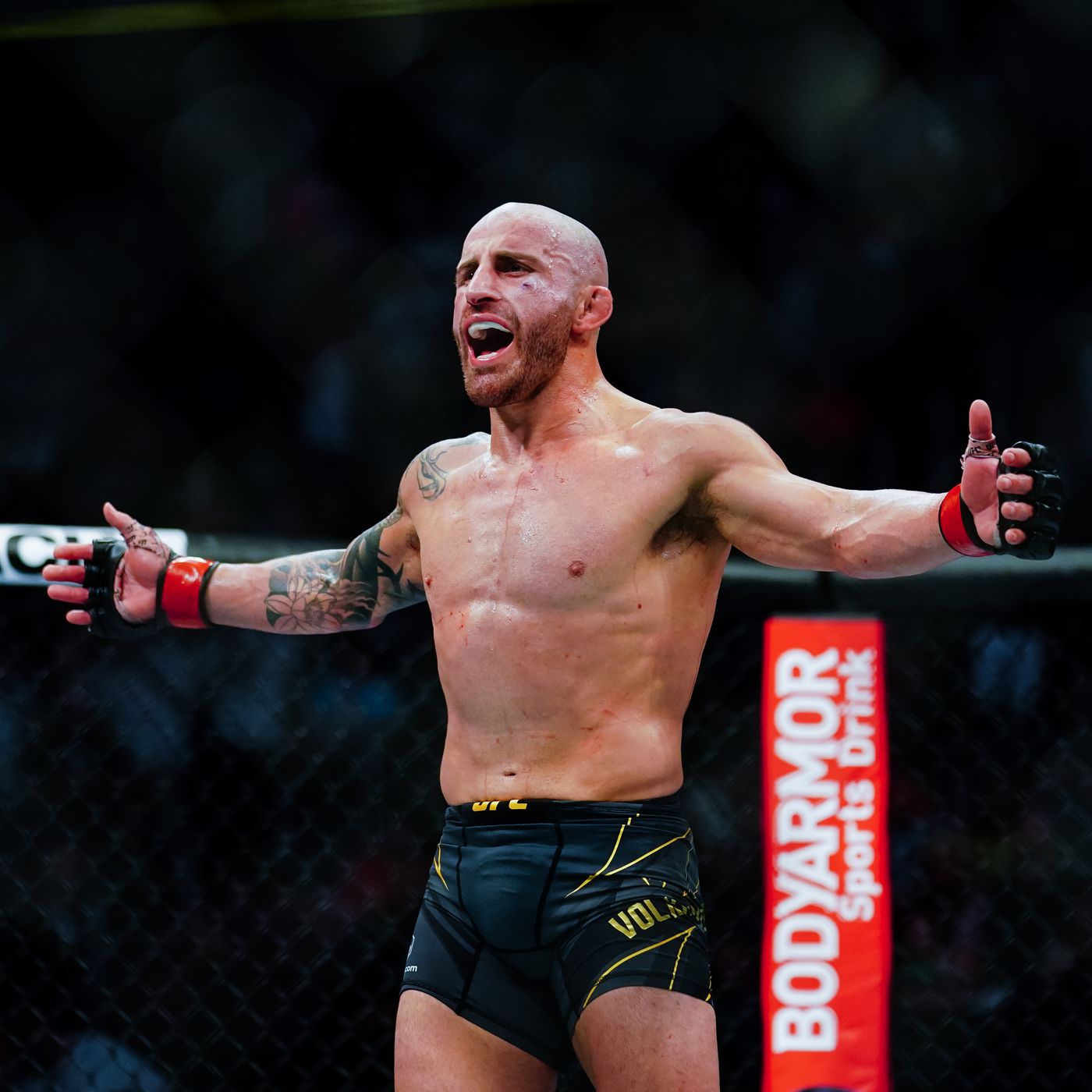 Volkanovski is one of the best fighters on the planet.

That hasn’t worked great for him recently, as he’s lost two of his last five fights, but he showed a great performance in his last bout against Dan Ige. He’ll face off against Featherweight champion Alex Volkanovski who has never lost a fight in the UFC.

Volk is, in my eyes, is the pound for pound second best fighter in all of the UFC right now. He’s great on the feet, keeps distances well, and can finish opponents with an assortment of strikes. He also showed his grappling ability by surviving and escaping a nasty guillotine choke from Brian Ortega.

I believe Volkanovski will win this one fairly easily, but I’m certainly excited to see what TKZ can bring to the table. He has nothing to lose and will certainly come out swinging in his first ever title shot.

If you’re looking to make a bet this weekend, I like Volkanovski and Burns in a parlay. Volk is too solid and Burns is such a fat underdog against a relatively unproven fighter. Throw in Sterling if you’re feeling cheeky, or throw in Yan if you want to be a bit safer.