Rory McIlroy Will Contend At The British Open After winning the Wells Fargo Championship at Quail Hollow just a few weeks ago, many people thought Rory McIlroy was ready to burst back into the number 1 spot in the world rankings. He was the favorite at the PGA Championship and was not able to contend. He was in position to win the US Open at Torrey Pines but posted a 2 over 73 to finish in a tie for 8th. McIlroy, who has been the world number 1 for 106 weeks throughout his career, has not won a major since 2014, in which he won the PGA and The Open back to back.

Getting Back In Contention

After missing the cut at The Players and The Masters, Rory McIlroy admitted he had lost control of his driver and was chasing the distance gains that Bryson Dechambeau had discovered. After just a few weeks with a new swing coach, McIlroy found himself back in the winner’s circle. For the former world number 1, a win at the Wells Fargo was not enough.

McIlroy is continuing to tinker with his swing and searching for control rather than distance. He already has plenty of distance and is one of the best ball strikers on tour. His performance at Torrey Pines was promising, but many people are wondering when McIlroy will break through to win another major. 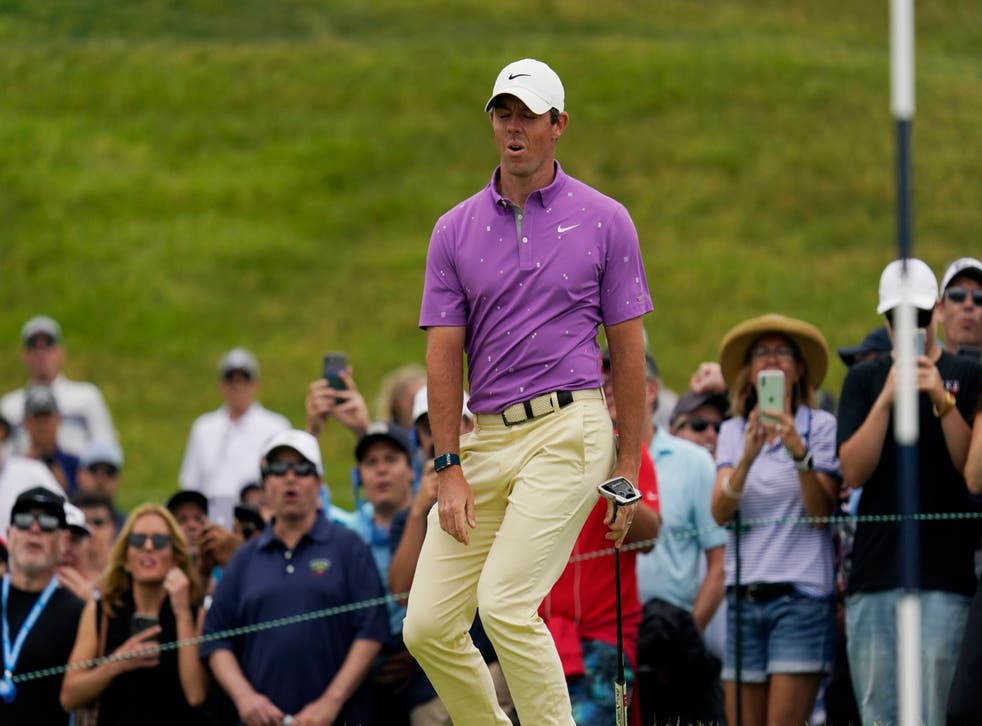 After winning the Wells Fargo Championship at Quail Hollow just a few weeks ago, many people thought Rory McIlroy was ready to burst back into the number 1 spot in the world rankings.

McIlroy has had great success in The Open. Growing up in Northern Ireland, he knows how to play the golf that is needed to win on European courses.

McIlroy’s short game is a completely different story. In order to contend at The Open, your short game has to be solid, and Rory’s has been far from that. He is 78th on tour in SG: around the green and 84th in SG: putting.

He showed glimpses of improvement, finishing 6th in the field in strokes gained around the green at the US Open. However, his putting ultimately led to his downfall. He ended up with -2.34 strokes gained putting, which is one of his worst performances of the year.

McIlroy has three weeks to tinker with his putting stroke and will be able to get a feel for European Golf when he tees it up at the Scottish Open next week.

McIlroy has shown flashes of returning to his full form. Why not take him to win on European soil, where his career started. He will have a huge following of fans and will have momentum coming off of solid performances in his last few outings.

McIlroy is going to be a serious threat no matter what. I know for a fact this tournament means more to him than the others. He will want to win on European turf and will be pushing hard for another major win.